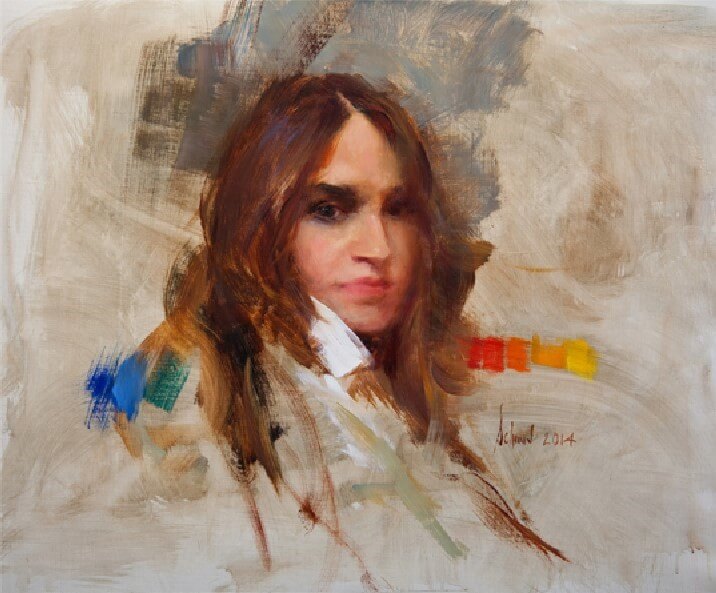 Throughout his career as an artist, which saw over fifty one-man shows, Richard Schmid has also promoted fine art education through his books, articles, workshops, seminars, and television presentations. His landmark book ALLA PRIMA: Everything I Know About Painting, published in 1998 went into thirteen printings. An Expanded version, ALLA PRIMA Il: Everything I Know About Painting and More, published in 2013, has received worldwide acclaim. In 2014 he published THE COMPANION to ALLA PRIMA Il, written in collaboration with artist Katie Swatland, features his tools and specific working methods.

Richard Schmid holds a Doctorate in Fine Arts, and has won nearly every major Fine Art Award in America. In 2000 Richard Ormond, John Singer Sargent's grandnephew, presented him with The John Singer Sargent Medal for Lifetime Achievement Award at the Grace Rainey Rogers Auditorium In the Metropolitan Museum of Art in New York.

In 2013 his painting, ABBOTSFORD HOUSE (Home of Sir Walter Scott) was presented to Queen Elizabeth Il durmg a Royal visit to Abbotsford in Melrose, Scotland. He is currently in the process of completing work on other books on painting.

Richard currently lives in New England with his wife, the painter Nancy Guzik. 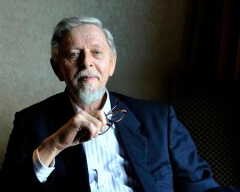 (Below) Photos from the day of painting 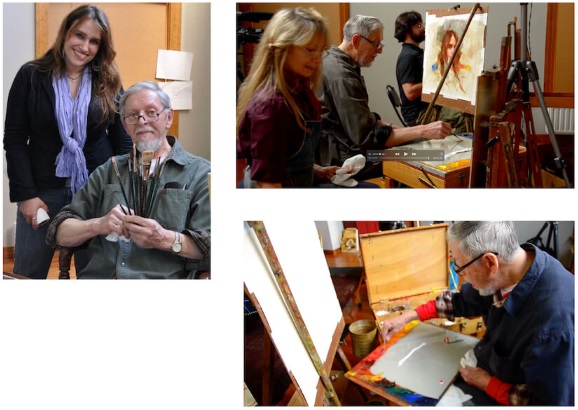 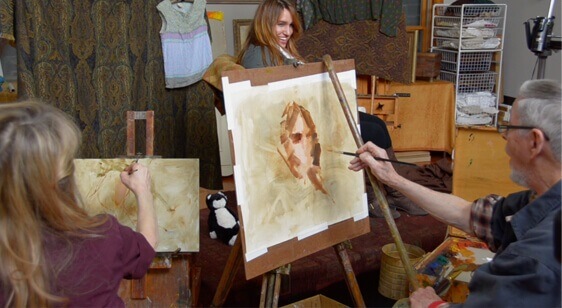